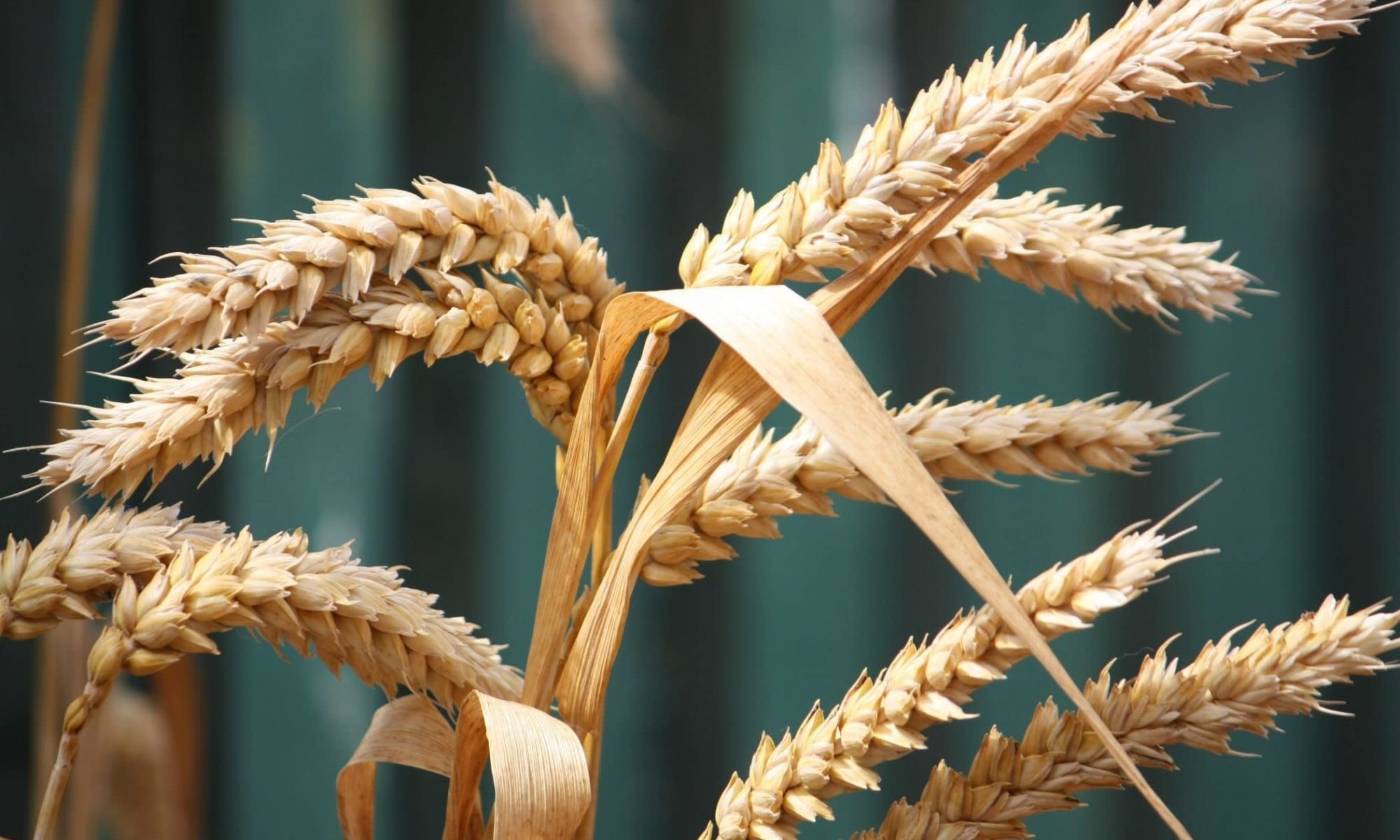 Episode 119 centers on a discussion of the Lord Jesus’ parable of the wheat and the weeds found in Matthew 13:24-30 as well as the explanation given by the Lord in Matthew 13:36-43.

Two specific applications look at the question: “Why doesn’t God remove evil from the world?” as well asking us to expand our focus beyond the evils of our world.

My son Zack joins me on Episode 110 to discuss the need to find identity in Christ in every generation, including his and mine. Every generation of believers must come to understand who we are in Christ. This episode is intended to be an encouragement, particularly to the Millennial generation, to not let something or someone other than Christ set the agenda for you to define who you really are. 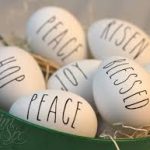 This weekend the Christian Church (Eastern and Western) celebrates Easter, or more precisely, Resurrection Sunday, which commemorates the rising of the Lord Jesus from the dead, never to die again but always reign eternally and be the intercessor for His people. There is so much to ponder here. Placing your trust in this One is quite literally a destiny changer, from an eternal separation from God to being joyfully in His presence for all of eternity.

I want to give you a few “Easter Eggs”, hidden among some sites on the Internet which I hope will prove to be helpful and a blessing to you.

Virgin Womb & Virgin Tomb – This is a reflection which I did on the interesting parallel between the physical birth and rising-from-the-dead birth which the Lord Jesus experienced.

A Picture of Human Destiny – The Gospels tell us that the Lord Jesus was crucified between two criminals. What happened on those three crosses during those six hours one Friday is a picture of the destiny of humans into eternity.

The Ten Minute Bible Hour – In line with our ongoing Year of Biblical Literacy, I’ve found a set of videos on You Tube from Matt Whitman, who does a fantastic job briefly discussing elements of Biblical literacy and does so accurately, engagingly and with a nice dose of humor added in. I highly recommend you watch these. Subscriber to his You Tube channel. I’ve provided a link to the introductory episode.

Charles Spurgeon on Jesus’ Coronation – Charles Spurgeon, the 19th century British minister known as the Prince of Preachers wrote a devotional called Morning and Evening. It has two reflections on Scripture for each day, one in the morning, one in the evening (you probably guessed that from the title). His morning reading for April 7th talks about Jesus’ path to Golgotha (the Place of the Skull, as it is called), the site of His crucifixion. Great insights by Spurgeon.

American Gospel – Finished watching the entire documentary yesterday. Phenomenal video contrasting the true Gospel of Christ with American-created distortions of it. The link is to the You Tube version which contains the first 40 minutes of the video. Please watch this. Every unbeliever in Christ needs to hear and see this. Every believer in Christ needs to see and hear this to be reminded of what Christ has done for us and who we are in Christ.

1 Corinthians 15 – This chapter of the Bible is a great summary of the Gospel. I’ve been challenged by a local pastor to reflect on the depth of this chapter during this month which contains Good Friday and Easter Sunday. Pay particular attention to verse 17. It says, in essence, that if Christ died and stayed dead, believers are still in their sins. Jesus needed to rise as well as die.

That’s all for now.

Episode 103 is a supplemental podcast for the Year of Biblical Literacy. It is a reflection on the implications of Pharaoh’s command to the Israelites to manufacture bricks but to do so with straw which they find, not already supplied. Just as the Israelites were being commanded to do more with less to take their focus off God and onto Pharaoh, how should Christians think and act today while living in a culture which demands more time and attention from us? Some ideas about how to recognize this and work through it in Christ are provided within the podcast. 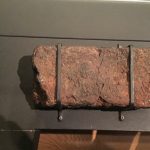 April, I had the opportunity to return to London for a five-day visit. From my American perspective, that city’s history is simply “off the scale.” To get a sense of that scale, one of its’ newer buildings, the current Saint Paul’s Cathedral, was completed a little after the founding of the city of Detroit over 300 years ago.

Among the stops that I made was to the Museum of London, only a very short distance from the site of John Wesley’s Aldersgate experience in May of 1738. The exhibit which captured my attention at the Museum of London was a remembrance of the 350th anniversary of the Great Fire of London in September, 1666.

There were a lot of artifacts from that era in the exhibit that day. Many were books which provided eyewitness accounts of the fire. Another artifact was a charred brick from Pudding Lane, where the fire started (pictured here). This brick “experienced” that fire; We were allowed/encouraged to touch that brick and connect ourselves with its history. There was a large backlit timeline of the fire as well as an interactive map which showed the spread of the fire in old London, a city which in 1666 was mainly made up of wood-constructed buildings.

As I walked through the exhibit, the dimension of human suffering that fire caused became clearer and clearer. The Great Fire wasn’t a fictional story. It happened to real flesh and blood people, whose lives were turned upside down so very quickly. It is estimated that 70,000 out of 80,000 buildings were destroyed by the fire in a matter of only a few days. Thousands lost their homes and their livelihoods. The official death toll stood at six, though historians suspect the death toll could have been much larger, possibly in the thousands as the fire would have hidden the evidence of those deaths. Thomas Goodwin, a Puritan minister of the era, lost a sizable part of his large, personal library. In walking through this exhibit, you could feel the near sense of panic those Londoners felt to halt the fire. They had nothing resembling modern fire-fighting equipment. Buildings were purposely blown-up to act as a buffer from the fire’s further spread.

One part of this exhibit that got my greatest attention had to do with a small wooden chest. Many of those Londoners, during those frightful September days, knew that the fire would shortly destroy their homes. They might have hours, perhaps minutes, to take a handful of earthly possessions with them and flee from the oncoming fire. The exhibit pointed this out so well. That small wooden chest I saw was like the ones those desperate people would have used to carry a handful of earthly possessions to safety. Next to the replica trunk, the exhibit sign (which encouraged an interactive approach to the tour) read:

Pack your trunk. Save your belongings from the Great Fire! Time is short and space is limited so you could only choose THREE things. What will you take? What is most precious to you? Or most useful?

I’ve asked myself that same question over the last several months. If I were in a situation from which I had to flee for my life and could only take three things, what would they be? From the safety in which I currently live, I think that I’d like to take with me a copy of the Bible, some notecards, a few pens and a copy of Thomas Goodwin’s 1651 book “The Heart of Christ.” (I know that’s more than three items but shirt pockets come in handy).

“What will you take with you?” is a question which millions have people have asked  in the past and in the present moment in the face of fires, floods, earthquakes, hurricanes, wars, political upheavals and disasters, both natural and human-made. In recent weeks, a series of hurricanes and earthquakes have devastated many of the Caribbean islands as well as parts of Mexico and the parts of the states of Texas and Florida in the United States. Catastrophes have a way of sifting out the important from the unimportant in our lives. Like Thomas Goodwin’s library, very valuable things, perhaps irreplaceable things, will be lost. Yet, things to which we have been attached seem less important as a result, perhaps even garbage-worthy.

Several years ago, the Detroit area encountered a “storm of the century” which resulted in local freeways being flooded out and thousands of families, including my in-laws, experiencing something which they never faced before, several feet of water in their basements. Family treasures and memorabilia, safe and dry one week, became water- logged items for the next week’s garbage pick up.

Eventually, each of us will face circumstances when we will be forced to leave the place we live. Perhaps we will have years, or months or days to prepare for it. For some, like Detroit’s “Storm of the Century”, it will come quickly and unexpectedly. To that place we are going, we cannot take even one of our earthly possessions. That moment, will be the moment of our death. We will leave time to enter into eternity. As we flee from this world, we can take no earthly possession. Yet, we can take a heavenly one. In your spiritual version of the Great Fire of London chest, carry with you a love and trust in God in Christ. It is your only sure possession which will last you now and for eternity.