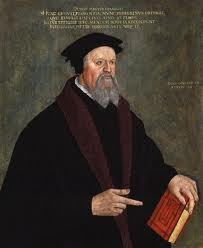 This minisode contains an excerpt from a book written in 1543 during the Italian Reformation. The author, Don Benedetto was a Benedictine monk whose beliefs were strongly influenced by the growing Reformation in Europe. The book “The Benefit of Christ Crucified” was a best-seller across Europe (King Edward VI of England was known to have read the book). If one did not know the author and where is was written, it would seem indistinguishable from the works of the German, Swiss, Dutch or English Reformations.

The book was eventually suppressed in Italy by the Inquisition and placed on the Index of Forbidden Books. (Image is of Peter Martyr Vermigli, a contemporary and friend of Don Benedetto who was known for his work in the Italian Reformation).