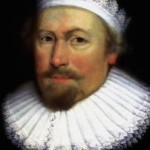 Imagine a courtroom scenario in which you are on trial. Your defense attorney has been making wonderful points in your defense. At one point, the prosecutor gets up and starts making one accusation after another against you. You then stand up, look at the judge and point to the prosecuting attorney and say: “Your Honor, the prosecutor has just made several excellent points. I couldn’t agree more.”

You have to imagine such a scenario since no one would do something like that in a real-life courtroom situation. However, I think that we might do this in a spiritual sense. About 400 years ago, the English minister Richard Sibbes (1577-1635) preached a series of sermons on the Old Testament book The Song of Songs. In Sermon 4 of that series (entitled “Bowels Opened“, the 17th century way of saying “The Affections Presented“), Sibbes stated that we often do for Satan what is mentioned in the imaginary courtroom scenario given above. Sibbes said:

… we must not bear false witness, as not against others, much less against ourselves. Many help Satan, the accuser, and plead his cause against the Spirit, their comforter, in refusing to see what God seeth in them. We must make conscience of this, to know the good as well as the evil, though it be never so little.

Satan (the name means “accuser”) will often remind a Christian of his or her past sins. Sibbes observed, quite correctly I think, that in a false and misdirected sense of humility, a Christian forgets what it means to be “in Christ.” They will overlook the good which God has already worked in them and focus on what they did in the past or their ongoing struggle with sin. It’s about the same thing as saying to Satan when he accuses you: “Hey, you’ve got a good point.”

A Christian must remember that being “in Christ” means that when God looks upon you, He doesn’t see your sin but sees the perfection of Christ. When a follower of Christ focuses on what is still evil within them and forgets about the good which God has already begun to work in them, Sibbes says that you’re actually pleading Satan’s cause against the Spirit of God.

Don’t forget the good work God is already doing you. If you do, for the sake of some seeming sense of humility, expect the Judge and the Defense Attorney in the trial to challenge you and ask you plainly: “Whose side are you on?” 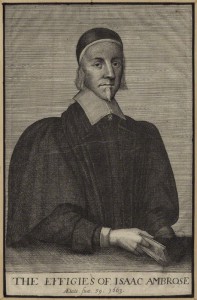 In Episode 33, we conclude our discussion of the article: “Hearts Sweetly Refreshed”: Puritan Spiritual Practices Then and Now” by Tom Schwanda.

Link to the article at Reformed Spiritual Network here

Link to article on Union WIth Christ by Michael Horton here